Are you working hard and a little tired lately? Maybe it’s time for you to try out Japanese SAKE. Have a delicate flavored SAKE and relax!

Those who don’t know about SAKE, let me have a little time to introduce you guys the Japanese SAKE. SAKE is one of the traditional alcohol beverage born in Japan. All most all japanese have once in their lives drunk SAKE. 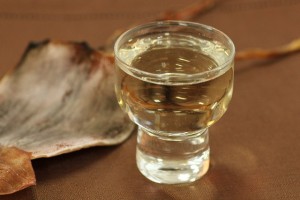 SAKE is an alcoholic beverage of japanese origin that is made from fermented rice. SAKE is also known as “rice wine” but the brewing process is more similar to beer, converting starch to sugar for the fermentation process by using Aspergllus oryzae. Japanese SAKE is labbelled with clear liquor. If you are a Japan Lover, why not try Japanese SAKE!

In the recent years, SAKE is spreading all over the world, especially in Europe. you can enjoy SAKE not only at japanese restaurant but also even at french restaurants in France. A lot of buyers in Europe are looking for the best SAKE for their european foods.  Some liquor stores have SAKE in stock but they most likely to have many lineup of Japanese SAKE.

But through internet, you can buy SAKE on Japanese online stores. Most of liquor stores in japan don’t ship internationally though.

So, here we are! if you get to be interested in SAKE, we can help you buy japanese SAKE. We can take care of buying and shipping for you. In exporting regulation, Over 60% alcohol percentages are prohibited to export but Most of Japanese SAKE are somewhere around 12%. So, it is no problem to ship overseas.

Now that you have the knowledge of Japanese SAKE,why not try it!

I am sure you could have a great time with the joy of japanese SAKE!